Why are you single?

I don’t want to shock any of my young readers, but there comes a time in every 20-something’s life when being single stops being cute. Somewhere between 22 and 27, things get tricky. One day, you’re juggling three partners and binge-drinking, and then next, you’re showing up to your favourite karaoke partner’s baby shower. At least, that is what it feels like to me. Why are you single?

Being single is weird. The existential dread is real. I also don’t want to shock anyone. I thought by now I would want to settle down, that somehow my biology would have taken over and forced me to reproduce. Perhaps fate would have stepped in and coerced me to marry. Instead, I want to travel the world, speak several languages and read more books. I have become the dreaded stereotype with one exception: I love my life.

It is only when I begin to explain my choices to others that things go a little haywire. Well- intention people will ask some really stupid questions. However, nothing sends me into a tailspin quite like everyone’s favourite question. At this point, I can sense the question on the tips of their tongues. It rolls out right after several compliments and a long pause.

It sounds something like this: “You are so great! I’ve never really met anyone like you. You’re smart, funny, intelligent and (obviously) beautiful.” Wait for it… “Why are you single?”

I get defensive. The list of reasons begins: I have family members who still depend on me, I spent several getting to know myself, still waiting for Mr. Right, I moved around a lot. Can you imagine?!

I used to have a deep fear that I was meant to end up alone. I am uncertain whether this idea comes from a place of inner knowing or fear. However, I think it’s a fear common for many. It’s funny how when I am actually alone, it feels like peace. It is only when others begin to express how awful it is to be alone that I start to feel afraid of it. Maybe I hang out with too many extroverts.

I am certainly not alone. My life is filled with family and friends. Too many people, in fact, for my introverted tendencies.

I enjoy being alone. I love waking up in the morning to silence. Nothing soothes my soul more than a contemplative morning with a cup of coffee and a journal. I enjoy the feeling of coming home after a long day at work to the quiet of my room. As a deeply autonomous person, nothing feels as restorative as solitude.

People like to say that the right person will come along. That scares me too. What if I don’t want them to? The truth is, I choose to be single.

Of course, there were times it did not feel like much of a choice. I left partners who cheated on me. Others I left because the connection simply faded. Some people turned out to be completely different than they originally appeared. Most of the people eventually intruded on my need to be alone. I simply could not reconcile giving up my peace and solitude for a relationship.

What I mean to say is, I am not single for lack of experience. Perhaps I collect romance like I collect passport stamps. Maybe some relationships are not meant to last. Does that make them any less meaningful? I don’t think so.

Why am I single? I refuse to settle. I see no point in clinging to a relationship that reaches its expiration date. I am not afraid to start over. Sure, most of the eligible individuals in my age range are getting married and the pickings are slim, but have you seen the divorce rate? I am waiting for the second wave of singles to hit in a couple years.

I wish I had the perfect answer. I could write a follow-up article about how I figured it out and found love right after giving up on it. Isn’t that how it works in the movies? The narrative is growing old.

I will end with this: If you want to be in a relationship, you can be. But don’t stay in one because you’re afraid to be alone. Don’t settle for a connection that does not feel fulfilling or purposeful because it feels more secure than singularity.

The next time you meet someone who seems wonderful, tell them! If they are everything you have been dreaming about, be grateful you stayed single long enough to meet them. Instead of asking them why they are single, try this instead: “I am so glad you are single, too. 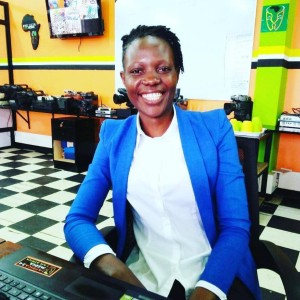 The truth is, seeing you again didn’t make me want you back.

I feel like you have one foot in and the other out when it comes to us.

How I turned down two arranged marriages

I’m hurt, but I’m not angry